Every superhero has a real person behind the character…and behind the superhero of Banjo Boy is none other than Timothy Haygood. After watching a violinist on TV at 5 years old, he knew that music was in his future and begged his mom for violin lessons. Little did he know that picking up his first fiddle was only the beginning of the next 35 years of entertaining! 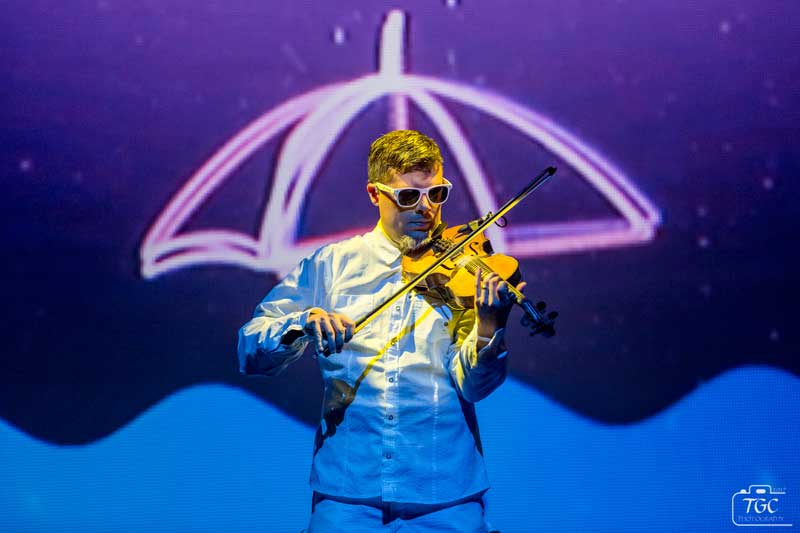 Tim didn’t stop after mastering the violin…he proceeded to pick up the mandolin, the acoustic guitar and of course the beloved banjo. He anchors the brothers on the bass vocals and leads the tab dance, er, mountain dancing number. He also keeps the comedy rolling (literally) in his mom’s red boots while zipping around the stage on a power cooler and an almost-street-legal laz-E-boy chair. 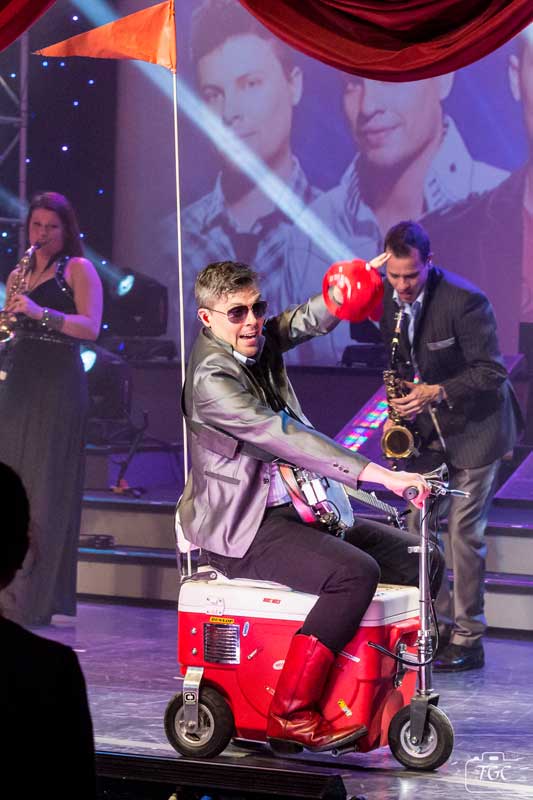 Tim has been spearheading The Haygood show both onstage and off stage from day one. He runs the office, takes care of all the marketing for the show, works on musical arrangements and  being the oldest of the group, takes his older brother duties seriously and does his best to keep everyone in line and organized. 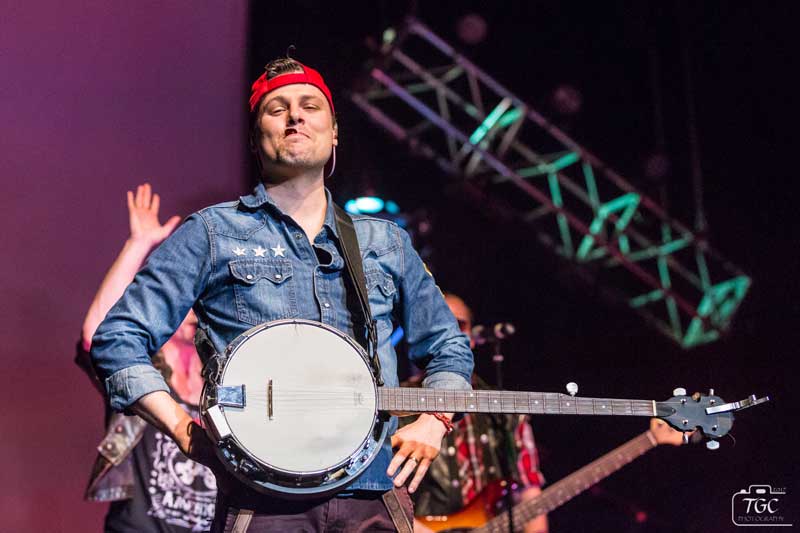 Away for the the theater, Tim is kind of hard to find because he loves to be off hiding in the woods, fishing in the lake, exploring the Branson trails or flying high above the ozark mountains no matter what time of day (or night!). He also loves spending time with his two real life princesses, his wife Cassandre and his 4 year old daughter. 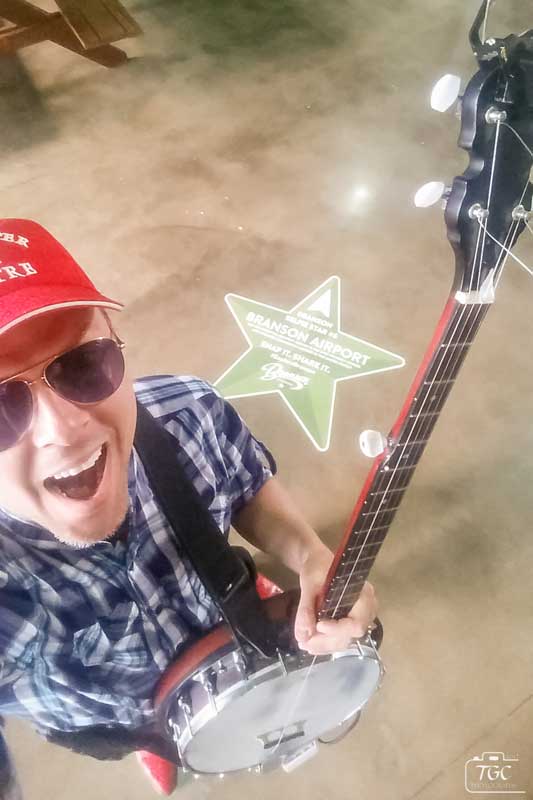 Tim is the biggest cheerleader Branson has and is excited about the growth and future of the town! He believes Branson’s future is only getting brighter and more exciting and loves working with the Chamber of Commerce on marketing strategies and projects promoting Branson to the rest of the tourism industry. 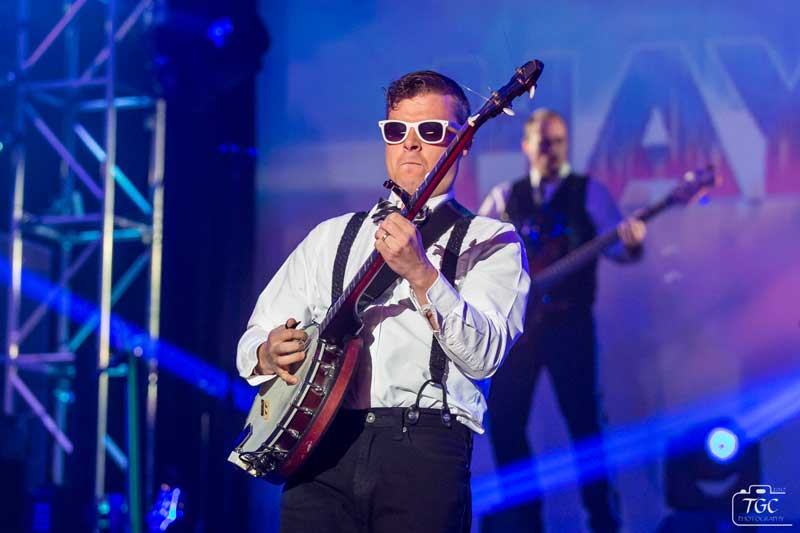 “It’s been a great 25 years here in Branson, I can’t believe all the adventures we’ve had and the craziness we’ve done! It’s been a crazy ride, and here we are! Thanks for loving the ‘Goods!”